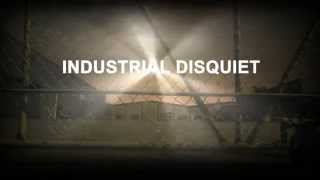 To stand motionless amid the sounds of Industry – complexes abandoned for the night, but still alive, settling their bones, expelling their breath – was unexpectedly invigorating. Every location I visited contained a subtle sense of danger, of the unknown. I was an intruder in this world. The locations were all in various stages of abandonment – some with guards still patrolling, in some the night-watch were active, others were an overdrive of Industrial fervor. But most were empty, isolated, and alien.

Standing in areas overlooking these locations where I otherwise would never set foot, I recorded evocative, rich audio. I could tell these sounds were useful sounds. They were interesting, not just a wash of noise. They contained small intricacies and constant subtle movement. Standing motionless in these areas, collecting these sounds, was an incredibly rewarding experience.

Recently we have been thinking about moving house. We have been living in an area that isn’t too far from the industry of this city. It was the thoughts of moving that compelled me to take advantage of these areas only a short car trip away. Using google maps I could pinpoint industrial estates that were away from major roads, large enough estates for me to get to their center and be away from most urban noise. I could even use street view in many of them to decide whether they would be worthwhile visiting. I saved these locations and used google maps to navigate to them. Simple and effective.

Once there, the sounds were recorded with a simple field kit I’ve streamlined to be easy to wield and of a high quality. It consists of a Tascam DR-680 that has been modded by Chris at Busman Audio. His modification makes the preamps very quiet, and puts them on par with Sound Devices units. He believes they sound better than Sound Devices units, but I haven’t had the chance to do a definitive AB. I am very pleased with the quality of the audio from the DR-680 after the modification. The microphones I used were the Line Audio CM-3’s in XY stereo configuration in the Rycote Stereo Extended ball gag. Its a tight fit in there, but it does work. There is some low frequency wind noise audible in strong wind without the furry, but with the furry you get fairly high wind protection in all but very strong winds. I use an external battery to power the setup, one built for laptops with a 12v DC output option. It powers my setup for at least 8 hours – I haven’t tested any longer than this yet.

All this gear was stored in a Kata camera bag. It can convert from a sling bag to a backpack. I lug the gear into the locations in backpack mode, and switch to sling mode for recording. I can either wear it while recording holding the Rycote pistol grip, or place it on the ground with the pistol grip mounted on a gorillapod. I mostly handheld the Rycote, as I didn’t want a complicated pack-up in many of these locations. There was often some handling noise at the start and end of the recordings that needed to be trimmed because of going hand-held, but hand-holding also allowed me to find the best mic placement and angle for the different takes. Being able to easily find the sweet spot when hand holding is a huge advantage over a mic stand setup.

I did only minimal editing to the resulting files, opting to keep them as clean and untouched by processing as possible. They are by and large over four minutes in length. Recording takes this long brought about a kind of meditative state. I recorded most takes for over five minutes, especially if they had a plane fly over or car pass, so I had enough material to edit out these intrusions and still have a long file indicative of the ambient environment.

I think the depth and soul of these locations comes through in these recordings. Visiting them made me more conscious of the lives of those working in and around these areas. It is such a different world. It is alive day and night with sounds. Some like mechanical beasts growling and stamping, others a delicate symphony of taps and rattles and gentle settling of silos and concrete. All different, all complex and alive. 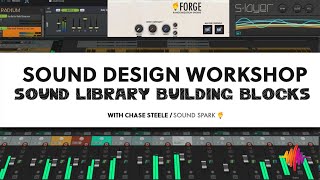