Who doesn't love the sounds of speed? In this library, you'll hear the fast, harsh sounds of a drift car skidding on tarmac. The library contains skidding with engine running, skidding with engine switching off, skidding on wet tarmac, roll bys on wet and dry tarmac, spinning in circles, rolling with flat tire and much more. Both onboard and exterior perspectives are covered, and several microphones were positioned at each wheel, inside the car, and along the skidding path.

Some additional material is included, such as a supercharged Chevy -57 burnout, handbrake skids from a Skoda, and more. 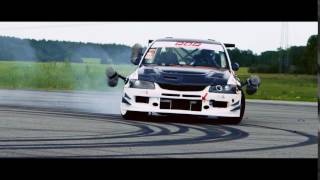