Also available in the Nature and Wildlife bundle

Wetland Atmosphere is a collection of pristine ambiences recorded at wetlands, marshes, bogs, lakes and other similar areas around Europe.

The library consists of 33 recordings ranging from 3 to 10 minutes in length, available both as stereo and surround. The recordings have been captured with a Sennheiser Double Mid-Side rig which was left out overnight in remote locations. This was to make sure that man-made noise and human interaction was kept to a minimum.

The library is accompanied by a comprehensive species list covering 68 birds and 7 amphibians in total.

Highlights include Bitterns with their booming calls, Common Loons and their wails being reflected off of trees, geese, ducks and swans making a racket, the insect-like clicking of Savi’s Warbler and the incessant croaking of various frogs and toads. 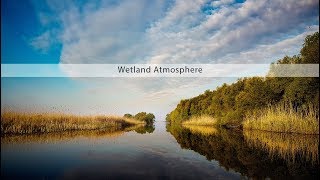