Undiscovered: Savannah & Jungle of The Rupununi

Looking for that ‘lost world’ outdoor adventure ambience? The Rupununi region has it all: Pristine landscapes, rich biodiversity, and local myths – and this sound effects library captures its ambience.

About The Rupununi region:

Uncharted Territories
Virtually untouched by modern human activity, its nature combines a mixture of savannahs, shrubs, wetlands and forests located in South America. The amerindians inhabit the area for millennia and are in total osmose with their surroundings.

Local myths and legends
In fact the region is soaked with legends and myths, like the famed yet unfound El Dorado city claimed by many explorers like sir Walter Raleigh expeditions in 1592.

Rich Wildlife & Biodiversity
Rupununi bolsters evolving serenades of sounds throughout days and nights due to its incredibly lush eco-systems including thousands of bird species, insects, reptiles and mamals.

The library is available in stereo, and surround (Quad & 5.1). 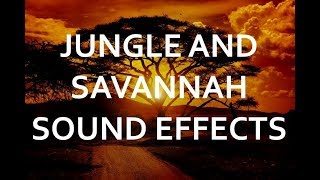