Computer Noises is based on a wide palette of noises that computers emit when booting, reading from their CD-ROM drives, or accessing a hard disk.

The library contains several complete boot sequences of 10 different laptop and desktop computers ranging from an old ATARI PC-2, going over to Pentium I and III, Celerons and Core Duo machines.
Each booting sequence was recorded from different positions within the computer casings.
Additionally, all included components are available as separate takes so that each computer is entirely featured with its hard disks, power- and CPU fans plus all those other strange noises that occurred. As bonus, 25 extra sounds from external hard disks and blowers of all kind are included in this library. 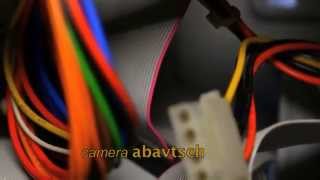