African Jungle is a huge collection of unique ambiences recorded in Central Africa’s Congo Basin rainforests. To my knowledge, these are the first surround field recordings made in this area. Last year I spent a whole month off the grid, listening to and recording a variety of habitats at all times of day and night, at the height of the rainy season when birds are most vocal. It took me many days of travel to get to these places, from using trains, boats, cars and planes to hiking on foot in the jungle.

The library covers the following locations:

All times of day and night are covered. A few of the soundscapes feature soft wind, rain and thunder most of them are recorded during calm weather. A good part however features fog drip and humidity falling on vegetation which is typical of lowland rainforests. The acoustics range from muffled and reverberant in true rainforests to bright and open in ravines and clearings.

The soundscape ranges from soft rain and subtle insect chorus to full-on biophony and deafening thunder, with many stages in between. Lush dawn choruses abound, piercing insect calls are present in night recordings, a few species of frogs can be heard and several mammals complement the mix. 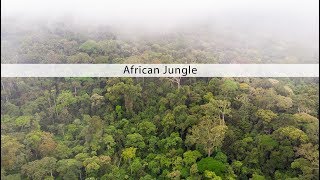 It took me about a month to ID the most common species that can be heard in the recordings, totaling more than 70 birds and mammals (lists included with the library as separate documents). This is just scratching the surface though. The area has been poorly explored and many species remain undiscovered. Highlights include:

Every file in the library has been carefully meta-tagged with descriptive keywords for ease of use. As mentioned before, the library also comes with a pdf document listing all identified species for each and every recording. A word of caution here: this location is poorly explored so many species were not possible to identify and can even be new to science.