Sound can take your project to new heights - but how do you make that happen? Here, film sound legend Randy Thom shares insights and hands-on tips from his decades in sound: Written by Randy Thom and reprinted with his kind permission
Please share: For me, taking “Sound Design” seriously means essentially one thing: allowing sound ideas to influence creative decisions in the other crafts. If sound (basically music and sound effects — though I resist the idea that there is a clear boundary between the two) is merely a decoration to be applied to a pre-determined product, then it isn’t collaborating on anything, and the likelihood of sound being an organic part of the whole experience is near zero.
At the beginning of a project the Director will probably tell you, the Sound Designer/Composer, that sound is extremely important to the film. He/She is probably being sincere, but what they really mean is probably something like the following:

“The sound in this movie has to be great. I don’t have time to put much energy into it myself, and I didn’t learn much about the creative aspect of film sound in film school where I got the impression that sound work is a series of boring technical operations you don’t understand unless you’re a physics major, but I’m hiring you because you’re supposed to be a genius. You’re so brilliant (I hope) and have access to such hi-tech gadgets (I pray) that the track will miraculously, without benefit of actual collaboration, (no time for figuring out what it might mean to let sound collaborate) fill the gaps left by the visual effects and dialogue.”

For me, taking ‘Sound Design’ seriously means essentially one thing: allowing sound ideas to influence creative decisions in the other crafts

What passes for collaboration will usually consist of you, the Composer/Sound Designer, being handed the Editor’s temp track and asked to make a 5.1 channel version of it which is somehow basically identical to the original, yet simultaneously transcends it, makes it breathe, and fills whatever gaps have been left by the other crafts. Sure, we can do that. But it won’t be what it could be. And no, it will not, has not ever, saved the picture.
On a little less cynical note, some progress is being made on the path toward collaboration. I can give you one very good example from the movie Contact

Bob Zemeckis is one of those rare Directors who sees the value in allowing sound to do what the other major crafts do: affect other crafts. There is a sequence in Contact when the Jodie Foster character is “flying” through a tunnel in space-time. When I saw the early experiments done by the visual effects people I noticed that there were typically ten to twenty “objects” of roughly equal size flying through the frame and around her at any one time.
I knew that if we cut a sound for every one of those objects, and panned those sounds through the frame and into the surrounds, we would wind up with so much happening in every speaker at all times that we’d get no sense of movement and no articulation: pink noise. I mentioned this to Bob. It made sense to him, so he asked the people doing the visuals to design them so that the audience would tend to focus on one or two objects at a time flying by the camera. I don’t tell you this in order to make myself seem brilliant.

Bob Zemeckis is one of those rare Directors who sees the value in allowing sound to do what the other major crafts do: affect other crafts.

There were no doubt lots of better suggestions I could have made if I’d had the brains to come up with them. The reason I say it is that I believe we as sound people should encourage each other to consider the possibility that our collaborative suggestions may, and sometimes should, be taken seriously and acted upon by members of other “departments.” Mere sound people, unless they happen to be high school buddies with the Director, (a status I can’t claim with Mr. Zemeckis) would typically never dare to make a suggestion about the way anything should LOOK in the film, even if it has a direct bearing on their sound work. That seems ridiculous to me. Want more stories like this? Follow A Sound Effect:
Don’t get me wrong, I love the fact that there is an individual, the Director, who gets to determine, to the degree physically possible, what the movie is going to look and sound like. I hate working for committees. And obviously it isn’t appropriate for everybody working on a film to be constantly tugging the Director’s sleeve with suggestions. That said . . . While it’s considered entirely appropriate for the Production Designer and Director of Photography to make suggestions about diverse aspects of the movie, it flirts with professional suicide for the Composer or Sound Designer to do the same.

In a further perversion of the old idea of ontogeny recapitulating phylogeny, it’s assumed that because the “visual” preceeded the “aural” in film history then sound should forever simply follow the picture in every respect. The best Directors of the last generation, people like Scorcese, Coppola, Kubrick, Bertolucci, Lucas, and Spielberg know this is a false idea, but even they aren’t sure how to deal with it. How do you treat sound as an equal collaborator? There are holes in every rule. I hate rules. But here, Sound Guys (notice nobody ever says “camera guy?”), are some, let’s say, “necessary conditions” for using the power of sound in “your” (YOUR) movie.

If someone in the scene isn’t listening to what’s going on, then the audience isn’t going to be listening either.

If a character … seems oblivious to the sounds around him/her, then those sounds are nothing but noise

Most sounds in movies are not intrinsically interesting, no matter what a genius your Sound Designer is. They will tend to be interesting and compelling to the degree that they are perceived by one or more characters in a scene, in a story context that features them. The context is more important than the sound itself. When people are talking, they are not listening. Therefore, if a character is talking constantly (screaming constantly), or seems oblivious to the sounds around him/her, then those sounds are nothing but noise, and they have little dramatic value, unless they appear elsewhere in the movie in a scene where someone IS listening.

The frame needs to contain some mystery, something which is not obvious.

The human brain does seem to assign a certain kind of hierarchy to the visual and aural: when we think we are getting enough information with our eyes we tend not to fully use our ears.

Therefore, it is the ambiguous image, the darkness in the frame, the slow motion, the smoke, the fog, the odd camera angle, the ultra close-up, or the slightly eccentric POV which sends the brain to the ear for help. In the process, the audience is literally more engaged, each sense teasing the other. More of her is being brought into play. How can she resist being more compelled when more of her body is engaged in the act of perceiving . . . when each sense is shaping the other sense from moment to moment.

Storytelling is about making connections between characters, places, ideas, and experiences.

It isn’t enough for a sound to be merely loud, or high-fidelity, or digital, or authentic to a specific place or time. It needs to remind you of, resonate with, other sounds, places, feelings. No matter how much talent you have as a Sound Designer, you cannot make these connections by yourself. They need to be set up with the writing, acting, visual design, photography, and editing. Nobody successfully forces Sound Design onto a film, or even a sequence, which hasn’t been designed (consciously or unconsciously) to welcome it. It would be great to read about other peoples’ attempts to make sound a full collaborator in movie sound. Send them to me, and I’ll incorporate them into future articles.

• Why Is Sound Important?
• On Being Creative
• Designing A Movie For Sound
• Screenwriting For Sound
• On the sound tools we use (and need?)
• The Tyranny Of Reverb
• The Connoisseur of Mistakes… A Craftsman Knows How To Avoid Accidents. An Artist Knows How To Use Them.
• Randy Thom on sound design, storytelling – and what’s wrong with sound for animated films today
• How Randy Thom & Al Nelson crafted ‘How to Train Your Dragon: The Hidden World’s impressively evocative sound
• Randy Thom on creating the dragon roars in ‘How To Train Your Dragon 2’

A big thanks to Randy Thom for the insights, and for letting us share this post from his blog! 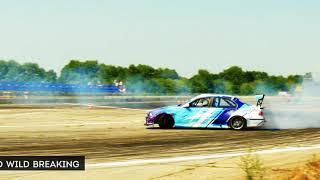