‘Making A Murderer’ is a Netflix documentary that has sparked both controversy, shock and outrage – and for good reason. It’s a wild story about crime, punishment and justice. I rarely binge-watch series, but I just couldn’t put this one down.

I was curious to hear the story behind the sound for a series that spans 10 years and includes a myriad of mysteries and plot twists. And thankfully, sound designer and re-recording mixer on the series Leslie Shatz was happy to share the details. Leslie has worked on countless feature films such as 12 Years A Slave, The Road, Milk and many more.

In this exclusive A Sound Effect interview he shares how he handled the challenging source material and subject matter, the subtle magic of Foley – and the ongoing quest to balance realism and drama in sound. 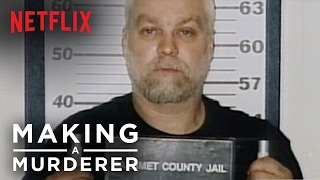 The trailer for ‘Making a Murderer’

Hi Leslie, could you please introduce yourself?

I am a sound designer and re-recording mixer based in New York City. I have been working at my craft since 1970. My first screen credit was a documentary called “Directed by John Ford” about the legendary American director. I have worked on mainly feature-length films so this marks a return to my roots.

Making A Murderer spans 10 years – when did you get involved with the project?

I was originally approached by the directors in August of 2013 to become involved. Although I didn’t really start working on it seriously until June of last year, I did advise the directors from time to time about how to record conversations from jail, and what kind of noise reduction could help make troublesome recordings more intelligible.

Did you have a vision for the project’s sound from the get-go, or did the direction become clearer once you started working on it?

I wanted to apply my techniques from feature film work but I quickly reevaluated this approach when I discovered that it was easy to overlay a foreign aesthetic onto the material that was incompatible.
I learned to embrace the dirtyness and lack of technical quality of the original and then I tried to enhance this feeling to help support the story.

With much of Making A Murderer being built on archive news footage from a wide range of sources, how did you ensure a consistent sound for the series, from a technical standpoint?

I don’t feel that there is a consistent sound for the series, though I suppose one constant element is the foley which we’ll talk about in the next question. The inconsistency of the original recordings is something that at first drove me crazy but I later learned to embrace. The directors were interested in trying to clean up the original as much as possible to make them seem more consistent. Not sure if we achieved that goal.

The directors (who were also the editors) had the RX suite of tools on their Final Cut Pro so they had already done work to clean up the tracks which they admitted was probably poorly done.

But they were aware of what the possibilities were so as a result they were not willing to settle for a quick pass through denoise. I dealt with a multitude of problems that gave my RX suite a full workout.

There were complex hums in the pool audio feed due to bad wiring, distortion and clicks from poorly recorded prison phone calls, brittle sibilant recordings from cheap cassette recorders and hissy recordings due to poor mic placement.

I was also quite pleased to find in the RX-5 suite a tool called de-plosive that I used on some of the courtroom testimony where the witnesses were hitting the mic too hard. I found that the de-click, de-clip and de-crackle tools required experimentation to find which one would actually remove that general category of distortion. I also used the Fabfilter deesser Q2 multiband eq and multiband noise reduction plug ins. I’m a big fan of Fabfilter, and their graphic interface is unbeatable. The Q2 plug in is the best for removing complex hums and there is also a very efficient EQ match that beats the RX.
It’s worth mentioning that I used Nerinck Surround tools to spread the stereo sound effects and stereo music into a 5-channel configuration. This plugin is the only one I’ve found that was successfully ported over to AAX. I miss the TC plugin because it also created a sub-channel, but the Neyrinck is quite smooth and way better than the Waves UW.

Behind the sound for the shocking ‘Making A Murderer’ documentary series:

Do you do Foley recordings for a project like this? If so, how do you make those recordings blend in with the existing source material, when that material comes from so many different sources?

The foley was an invisible hero in this process. It is a glue that ties everything together in a very subtle way. Our foley artists were sensitive to the feeling from the original and tried as I did to enhance without intruding.

The foley was an invisible hero in this process

Especially important to me was the sound of the court stenographer in the trial sequences, as well as the leg-iron sounds whenever the defendants enter and leave the court.

Foley was a wild card for me because I wasn’t sure if the filmmakers would respond to this kind of sound being put in their documentary. Some directors absolutely love foley and some absolutely hate it. I asked the foley artists to try to only create the realism inherent in the material, and not over do it. As a result they sometimes even redid mic pops that I had removed! Fortunately Netflix did not require a fully filled m and e so I was able to use the foley to augment the original sound and not replace it. The directors ended up really loving the extra layer the foley added and went out of their way to complement the foley team.

There are many recurring locations in Making A Murderer – did you design reusable, baseline / go-to ambiences for those locations, or did you design everything as you went along? It’s a story with some major twists and turns – how did you use the sound design to underline these moments?

The biggest sound design moment is in Episode 9 when the world awaits the verdict. It was beautifully shot and edited to convey the cold desolation of the long evening spent waiting, until everything suddenly comes to life. We may have crossed the line there a bit into dramatic fiction but I was really inspired by the construction of the scene to do what I would do for a feature, maybe a little less so.

Dramatic music is frequently used to set the stage in the series. Overall, how did you decide on the balance between drama and realism in the series’ sound?

I actually mixed the music at a lower level but the directors asked me to raise it frequently. Fair enough, music levels are highly subjective, but in the end they admitted they might have gone too far.

I really enjoyed trying to immerse myself in a different aesthetic and throw out my preconceptions about how things should sound. It was mindbending.

Looking back at the project, what were some of the key moments or highlights, from a sound perspective?

The project is a haze of trying to grapple with over 10 hours of program material in the space of 2 months. All I can say is, we did it and people seem to respond to it.

Making A Murderer tells a story of what sounds like several great injustices – how did this affect you and the team behind the series? And what do you think of the reaction to the series, now that it’s finally out?

I have always been moved by the plight of the underdog. I was out protesting and marching for peace in my youth during the 60’s. I get very emotional when I see the way that Brendan is manipulated by the interrogator who has no regard for his particular situation.

I don’t have an absolute conviction about Steven’s guilt or innocence but I believe this series shows how the American justice system works and doesn’t work and has created a lot of good dialogue around that. I’m so proud to be a part of it.