The LEGO Batman Movie was a huge hit when it premiered across the world this February (it has grossed nearly $250 million worldwide to date) – and in this exclusive A Sound Effect interview, award-winning supervising sound editor and sound designer Wayne Pashley takes you behind the scenes on the sound.

Below, he shares details about how he and his team brought the animated Batman, Batman’s frenemies, and Batman’s wonderful toys to life through sound – and how that signature ‘LEGO quick brick build’ sound was created: 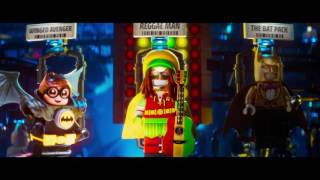 The Comic-Con trailer for the LEGO Batman Movie

Pop culture history (and DC Comics to some degree) has given us a number of Batmans to savor. Depending on your personal taste, you might agree that those early TV series Batmans were a bit cheesy. Michael Keaton’s Batman portrayal was wonderfully salty. And that combining ‘Ben Affleck’ and ‘Batman’ was like combining oatmeal and hot sauce. But there’s one Batman against whom all future Batmans should be gauged. And that benchmark is LEGO Batman (voiced by Will Arnett). He that will only “work in black, and sometimes very very dark grey” deserves the moniker… nay, the title, of ‘Dark Knight.’

Here, Pashley shares details about how he and his team brought the animated Batman, Batman’s frenemies, and Batman’s wonderful toys to life through sound in The LEGO Batman Movie. Also, how they made that signature ‘LEGO quick brick build’ sound that can be heard across the spectrum of LEGO branded films, TV projects, and video games.

How did you get involved with the film?

Wayne Pashley (WP): We were approached to work on The LEGO Batman Movie, because of our existing relationship with Warner Bros., having completed The LEGO Movie in 2014. We had worked with Chris McKay, Christopher Miller, Phil Lord and Dan Lin on that previous film, and this was a natural progression. We have also had a longstanding relationship with Animal Logic, the animation studio responsible for producing the amazing visuals.

Where did you do the sound editing on the film? 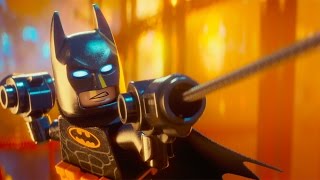 The Extended TV Spot for The LEGO Batman Movie

Who were the members of your sound design team, and what sounds did they handle?

WP: The sound design team was made up of around 15 highly talented crew. Apart from myself as supervising sound editor/designer, I had a fantastic dialogue team headed up by supervising dialogue editor Rick Lisle, and an incredible effects team under supervising sound effects editor Fabian Sanjurjo.

I find that the best way to handle complex films like this is to assign each editor a character, or set of characters, and have them responsible for all the sounds associated with that character

We had the incredible talent of John Simpson creating the Foley, and the Oscar winning mixers at Warner Bros. Sound, Michael Semanick, Gregg Landaker, as well as Tim Le Blanc and myself pulling it all together on the sound stage.

What were director Chris McKay’s initial concerns for sound?

WP: I wouldn’t really call them concerns, but Chris’s main objective was to differentiate between this film and The LEGO Movie. 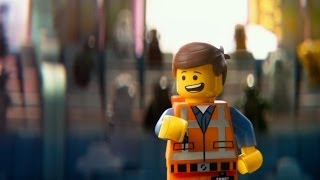 The trailer for the 2014 The LEGO Movie, which Wayne Pashley was also Supervising Sound Editor on

McKay was an editor on The LEGO Movie in 2014. Did he want to stay true to any style choices established on that film, or did he want The LEGO Batman Movie to sound different?

WP: As far as sound was concerned, Chris was determined to stay true to the realistic intent of the film. Rather than keeping the sound in the full plastic concept of LEGO, he wanted to go down the road of emulating more recent Batman movies in the style of, for example, The Dark Knight films. He wanted it to sound like an action adventure film, but incorporating LEGO characters into that real world style.

He wanted it to sound like an action adventure film, but incorporating LEGO characters into that real world style

Everything, down to the footsteps, were actual real world sounds. He was determined to move away from the concepts of The LEGO Movie, and to make this a standalone film. There were some notable exceptions, such as the vocal “pew, pew” sounds of the guns, but even these were backed up with real gun effects underneath. It’s a fine line, when you are playing for comedy.

There’s that great ‘quick brick build’ sound for when characters build things, which has also been used in The LEGO Movie, and LEGO games like LEGO Jurassic World, and for TV projects too, like LEGO Star Wars: The Padawan Menace. How did you guys make that sound?

WP: That sound was made by recording real LEGO Duplo bricks, plastic buckets, Tupperware, etc. — all different weights of plastic. We would then cut the Master Builder effects together as a very fast, tight sequence which we then ran through Soundtoys Tremolator plug-in, to make them even faster, and give the sound movement.

It was a device we first used on The Padawan Menace, and has since become a signature sound for the LEGO brand. The sound you hear in films isn’t necessarily created from its real world counterpart. But, you recorded actual LEGOs for these films? How did you use those recordings to make the sound of the LEGO universe on-screen?

WP: When we were doing the track for The LEGO Movie, we really did spend a lot of time recording LEGO, Duplo and other plastic sounds of varying weights. It’s interesting as you are trying to create the authenticity and very specific sound of the LEGO plastic, but of course on a whole different scale, as you are in the LEGO world, and at mini figure size.

If you’re seeing the building of the Batwing for example, you’re hearing real metal plate clanging on metal, but backed up with LEGO sound

On The LEGO Batman Movie, because of Chris’s concept for actuality, we had more scope to use real sound effects. He wanted the characters to be based in reality. In scenes like the Master Builder sequences, we would use a heap of LEGO sounds combined with real sounds. If you’re seeing the building of the Batwing for example, you’re hearing real metal plate clanging on metal, but backed up with LEGO sound. Or, an explosion would be a real explosion, with real and LEGO debris.

Batman is known for his ‘wonderful toys.’ What were some of your favorite Batman-related sounds for this film and how were they designed?

WP: I would have to say my favorite toy is the Batwing itself. Its signature sound was built from a variety of jet engines, mixed with high speed Formula 1 cars. The interior was also a lot of fun as it was a super high tech environment, and we got to play with a lot of electronic and cockpit sounds.

We also had loads of fun being inside Batman’s cowl, getting to work with the real Siri voice, and how she sounds in his ears.

WP: My favorite villain would have to have been Clayface. Who doesn’t like an excuse to play in a mud and clay pit in the name of sound recording!!?

We also had a lot of fun recording the sounds for Condiment King – yes, they were all recorded by a bunch of sound effects editors making fart noises with their mouths. Moments like that are secretly why we all got into the business!

What audio tools were most helpful when designing sound for LEGO Batman? Can you share specific examples of how you used them?

WP: The sound for the film was created using Avid Pro Tools. Some of the main audio tools we used were Sound Shifter, to get speed for the Bat Mobile, and also Soundtoys, particularly Crystallizer and Tremolator. Any fun field recordings for The LEGO Batman Movie?

WP: Virtually all the recording of props and LEGO bricks was done in a closed studio environment. They were recorded to Pro Tools using a combination of Neumann KMR81’s, Neumann U87’s, and a variety of contact mics.

Other real world sounds, like vehicles and aircraft, come from our own vast library, which has built up over many years and many films. We manipulated those sounds to suit this film, creating new effects.

Did you have a favorite scene to design? Why? How did you create it?

WP: My favorite scene to design was probably the first time you see the Bat Mobile transform into the Bat Wing. It was so important as it was a proof of concept for Chris.

Once we had captured that, we knew we were headed in the right direction for the rest of the film

He could hear that the sounds he had been wanting, as far as having Batman’s arsenal of toys anchored in the real world, were working. Once we had captured that, we knew we were headed in the right direction for the rest of the film.

What did the Foley team cover, and what props did they use to create Foley that fit in the LEGO universe?

WP: The Foley on The LEGO Batman Movie was treated pretty much as if all the characters were real people, so a normal foot pass was done, as well as props and cloth. The tricky part was getting the animated figure movement to feel and sound like a normal foot fall. Most of the surfaces were regular concrete or linoleum, with the exception of the walkways and computer floor areas in the Bat Cave which John [Simpson] created from various metal surfaces.

Very little LEGO plastic was used in the Foley room. In fact the thing that was used most for any specific plastic effect was the big bucket that held all the LEGO bricks! For the Daleks’ movement (those alien-robots from Doctor Who), John used good, old fashioned heavy duty film can boxes. He added a lot of micro detail to the main costumes, such as the Joker’s little watch chain —though we never really see it move, it just adds to his character nicely. Of course Batman has the most kit, so we over play everything he does with it. After all, he is Batman!

A big thanks to Wayne Pashley and team for the story behind the sound for The LEGO Batman Movie – and to Jennifer Walden for the interview!