‘Tom Clancy’s Ghost Recon: Wildlands’ is a gigantic, open-world tactical shooter game set in Bolivia, and I’ve had an absolute blast playing it myself.

In this exclusive A Sound Effect interview, Audio Director Ghislain Soufflet shares the team’s sound design approach to the weapons and combat, and to creating the massive open-world game environment — from building realistic biotopes for the different regions to linking those environments to players’ actions: 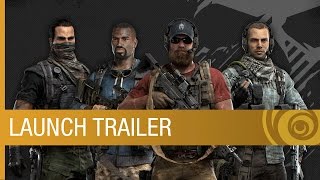 Whether players choose single-player mode, or join their friends in co-op mode, they never lose their upgrades, progress, or gear. A player’s character stays the same no matter what mode he or she chooses to play in.

Audio director Ghislain Soufflet takes us inside the sound of Tom Clancy’s Ghost Recon Wildlands. He shares their sound design approach to the massive open-world game environment that’s modeled after Bolivia — from building realistic biotopes for the different regions to linking those environments to players’ actions.

Can you introduce yourself, and the members of your sound team on Ghost Recon Wildlands?

Ghislain Soufflet (GS): I’m Ghislain Soufflet, Audio Director for Tom Clancy’s Ghost Recon Wildlands. With six years at Ubisoft, I’m a newcomer, but I started working in the industry back in 1998 for various studios. Ghost Recon Wildlands is a collaboration of several Ubisoft studios (led by the Paris studio) and my sound team that is all around France and Europe. We have nice audio facilities in Montpellier (south of France) with a team made of a mix of seasoned and junior audio designers.

I really love the new generation of sound designers, freshly graduated from the video games schools. They are incredible technically and they think about sound design directly with video game mechanics.

Video games are part of their culture, they are very efficient at what they do and some of them also have a programming background and can prototype new features on the fly.

Overall, what sort of sound were you going for in Ghost Recon Wildlands?

GS: It was clear from the start that one of the main characters of the game is the gigantic and beautiful open world itself, so we wanted strong and rich environmental sounds with a dynamic and rich life, a lot of diversity and an openness and sense of air given by a strong wind (from what we observed and recorded in Bolivia).

The ‘Ghost Recon’ game franchise has been around for 15 years. Have those previous titles had any influence on the sound of Wildlands?

GS: Yes, of course. We can re-invent a lot of things but we have to keep (or mimic) some sounds that the community cares for. For instance, we asked our composer — the fantastic Alain Johannes, to include a reference in the new main theme to a gimmick written by composer Tom Salta for the first Ghost Recon Advanced Warfighter. Keep the fans happy! Wildlands is a massive open world shooter game set in Bolivia. There are 7 different map regions, including a jungle, coca plantation, a lake region, mines, salt flats, highlands, and canyon region. Can you tell me about the sound design for these regions? Any environmental sounds you’d like to point out?

GS: We recorded a lot of stuff on location so that we could give a realistic experience to the player.

The wind in the Uyuni Salt Flats was crazy. We recorded it and used it in-game to keep the particular color of the country

Some of the sounds were re-created, but a lot of them were used as recorded. Of course, some sounds were more noticeable than others. For example, the wind in the Uyuni Salt Flats was crazy. We recorded it and used it in-game to keep the particular color of the country.

The awakening of nature at sunrise was also absolutely incredible. At one point, we were sleeping on the floor of a classroom in a village in the jungle and we were woken up by wild screams of toucans at 5:00 a.m. after a very short night —we spent most of the time recording the night sounds, of course. These toucans had to be present in the game. 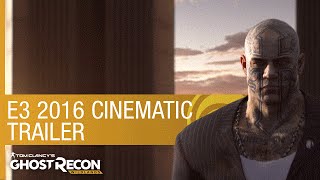 Sound-wise, how reactive are the environments to the players’ actions?

GS: To link the environmental sounds with the gameplay, a lot of layers are mixed gently up or down depending on the player’s actions (enemy presence, gunshots, etc.)

We have these features named ‘silence bubble’ and ‘gunshot bubble’

This is more subtle than obvious in most cases, but it contributes to the feeling of immersion for the player. We have these features named “silence bubble” and “gunshot bubble.” The first one makes you feel the presence of the enemy by lowering close ambient sounds. The mix difference is rather subtle, like a sixth sense. The second one is more obvious; when an unsuppressed gun is shot, birds fly away and birds close to you stop singing.

How the sound for Ghost Recon Wildlands is made

How many different weapons does a player have access to? Aesthetically, what was your approach to the weapon sounds?

GS: The player can access 80 weapons and customize them.

We wanted the terrain to be like a resonant chamber for the weapons, so we developed a dynamic echo feature

We wanted the weapons to be integrated to the landscape, and we wanted the terrain to be like a resonant chamber for the weapons, so we developed a dynamic echo feature. The engine positions an echo (real time delay) on the reflectors surrounding the player — e.g. cliffs, huge rocks, mountains, etc., in the surrounding field.

It brings a very immersive feel and a powerful sound for the weapons as a result.

GS: We did almost two weeks of field recording, visiting all of Bolivia to record sounds with Christian Holl, a seasoned recordist often mandated by the UNESCO.

Christian worked with a stereo kit — a Marantz field recorder with a pair of Neumanns and a stereo parabolic mic. I recorded with a Mono Stereo kit — a Sennheiser boom mic , or a Neumann stereo pair, and Nagra recorder, and a surround kit — SoundField mic with a Sound Devices recorder for ambient pads. These recordings are used in the ambient sounds, like wind, birds, insect etc. Wildlands uses the AnvilNext game engine. How did this work in terms of sound for such a vast open-world project and setting?

GS: This game is so huge. One of the most challenging subjects was the ambient sounds.

We had to collaborate closely with them in order to develop a tool that places the ambient zones automatically given the biotope, the vegetation, and the topography

We couldn’t rely on zone painting, especially because the tools used by the graphics team allowed them to change everything very fast. So we had to collaborate closely with them in order to develop a tool that places the ambient zones automatically given the biotope, the vegetation, and the topography. The tool creates logical zones for ambient sounds. So our ambient zones are robot painted overnight by a farm, and we take care of the creative part.

Any audio tools, plug-ins, or processing techniques that were particularly useful for designing the sound on Wildlands?

GS: Reaper (the digital audio workstation by Cockos) for voices and sound design was a must have. Everyone uses it in a different way, and it fits everyone. That’s the beauty of this DAW. Other than that, we use very standard plug-ins (e.g. iZotope, Waves, Audio Ease).

What were your favorite sounds to design? Can you share specifics on how you designed them?

GS: More than the sounds, I had a blast thinking about the systems.

Take the wind system for instance. How do we use topography? Height? Exposure? Encasement? When do we use loops or synthesis? We had a great time prototyping all these systems; it’s a good thing that audio teams are integrated in pre-production phases! Creatively, what was the most challenging aspect of the sound on Wildlands? Why? What was your solution?

GS: The music was the most challenging. We felt that going through the habitual process of documentation and continual requests to guide the composer a certain way would go against the feeling of freedom that’s important to this game.

Once we found Alain Johannes, a talented (read: genius) multi-instrumentalist, we opted for another solution. We had him improvising one week at his studio in front of screens showing the game. It was an absolute blast. The following week, we formed a band (Joey Castillo, Nick Oliveri and Norm Block as a huge rhythm section) and had them improvising in the studio for four more days in front of the game.

Technically, what was the most challenging aspect for sound, and how did you resolve it?

GS: The weapons versus the huge engagement distance. We started with three different perspectives, blended by crossover and filtering. This was insane; we had terrible side effects like frequent holes in some places that made some guns disappear for a few meters, and it was super long to create. So production-wise, it wasn’t a valid option for 80 guns.

We switched to a multilayered approach —decomposed the sound of the weapons into various elements that we add when the gunshot gets closer, mutualized the far perspectives by caliber, and voilà!

We thought about what can be easily done in term of sounds. Adding and subtracting sounds, that’s about all.

So we switched to a multilayered approach —decomposed the sound of the weapons into various elements that we add when the gunshot gets closer, mutualized the far perspectives by caliber, and voilà!

What are you most proud of in terms of the sound for the game?

GS: The glorious feeling that you have when you climb a hill to its windy top and shoot your gun in the wild. The birds fly away scared and the echo makes the wildlands resonate with your shot. It sounds cheesy on paper but try it for yourself in the game!

A big thanks to Ghislain Soufflet and the team for the story behind the sound for Tom Clancy’s Ghost Recon: Wildlands – and to Jennifer Walden for the interview!