For his latest SFX libraries, Stuart Keenan from Glitchedtones explored the No-Input Mixer sound design technique. And in this special A Sound Effect guide, he shares how you can start using this creative approach to creating new – and surprising – sounds.

He’s also generously giving away 40 premium recordings made with the No-Input Mixer technique, for free! Here’s Stuart Keenan with more on all this:

The No-Input Mixer technique turns any regular mixer into an instrument which generates sound by connecting the output of a mixer into one of its inputs, resulting in a feedback loop which can be played and controlled using the mixer’s knobs, faders and routing options.

Most-famously used by pioneering Japanese noise musician Toshimaru Nakamura and aptly described by Canadian musician Christian Carrière as ‘the sound of the circuits inside the mixer singing’, the No-Input Mixer has a wealth of both beautiful and anarchic audio waiting to be uncovered and is a useful, versatile instrument to add to the sound designer’s arsenal of sound generating techniques.

By introducing the instrument to the creative process, the sound designer is opened up to a multitude of unique audio possibilities. Unsettling soundscapes suited to science fiction, dystopian and horror projects, impacts, interference, broken transmissions, drones, malfunctioning machinery, future technology sounds and glitch elements are just a few of the fruits of the No-Input Mixer.

While a single output into an input brings instant results, it’s when multiple outputs and inputs are connected that the fun really begins. When coupled with guitar effects units or anything else which will affect the signal, a plethora of twisted tones await anyone willing to unearth the sonic treasures of the signal gone ‘wrong’.

An example of sounds created with the no-input mixer technique

Please note that caution should be applied when creating feedback loops as there is some potential to damage equipment. We are, after all, connecting things ‘incorrectly’. Also, things can get loud, very loud. Having said that, I haven’t managed to break anything just yet and have recorded numerous sessions using a No-input Mixer. It’s best to get used to using your master volume as a panic control if things get a little out of hand.

1: When starting out with the No-Input Mixer, it is perhaps best to not use headphones in case of any unpleasant surprises. With speakers, start off at a low volume until you are comfortable with how it all works. However, a limiter can always be used to reduce the risk of any unwanted audio nightmarescapes!

2: Keep things simple to begin with. A single channel feedback loop with no effects can produce plenty of great source material to work with and is the simplest way to get acquainted with the mixer being used as an instrument.

3: Use very short movements when tweaking your mixer controls, the smallest increment may produce a fantastic sound which could be missed if you are a little too quick on the knob or fader.

4: It is a good idea to have an EQ in the signal path as your mixer’s EQ controls will no longer be operating in their usual way due to the feedback loop. Tweaking the EQ as you go can help you sculpt a huge range of sounds from a raw feedback loop.

5: If you come across a sustaining sound that you like, let it run for a while without changing any of the mixer controls. The feedback will sometimes just stop by itself, but can often evolve into some really nice (or nasty) variations of the initial sound.

6: For a variety of drones, consider using an octaver, or simply pitch down an octave or two with software afterwards. Adding distortion will create harsher drones, which can easily be toned down and shaped with some filtering and EQ.

7: Science Fiction effects and atmospheres come easy with the No-Input Mixer, particularly, when delay units are included in the signal path. Try using a high feedback setting on the delay and experiment with the device’s settings, manually tweaking the delay time often brings a decent array of sounds, too. It’s also worth noting that when using a stereo delay, a feedback loop within a feedback loop can be created by connecting one of the delay’s outputs to its input.

8: When using battery powered guitar effects pedals, don’t worry if batteries are running low as this adds sonic artefacts which won’t be there when the power is at full, which is a nice little bonus!

9: Record everything! Many tones can be missed if record is not enabled while experimenting, so it’s best to get in the practise of capturing everything the instrument outputs from the very beginning, as it can be difficult to reproduce a sound exactly.

10: Finally, have fun, experiment, improvise and look at the No-Input Mixer as a unique sound generating tool you can delve into whenever you want a break from the more traditional sound design techniques. Also, playing with feedback and noise is just incredibly satisfying!

Get 40 premium No-Input Mixer recordings - for free!
Stuart Keenan has compiled a special selection of 40 sound effects (548 MB total!) from his ‘Feedback Loop FX & Atmospheres’ and ‘Signal Interference’ SFX libraries – and he’s giving those away for free, as a taste of what’s in the full libraries.
Here’s how to get them:

Just enter your name and email address below to get the download link + the much-loved A Sound Effect newsletter:


Learn about the No-Mixer Input Sound Design method – and get 40 SFX for free! – here:

Feedback Loop FX & Atmospheres
'Feedback Loop FX & Atmospheres' by Glitchedtones is a collection of atmospheres born out of interference. With 200 sounds, this library features hums, drones, feedback and more which can be used in several scenes and genres. Perhaps the navigational system is on the fritz while en route to Mars, or the radio has lost its signal while the hero is stranded in a dark forest. From classic scifi to modern horror, these sounds can emphasize the uneasy loneliness of your characters.

Signal Interference
'Signal Interference' by Glitchedtones contains 40 feedback loops that crackle, hum, buzz and glitch to give you layers that will enhance many scenarios, from sci-fi machinery malfunctions to futuristic robotic haze. Each track is a minute long and contains the phasing and twisting that suggest mechanical confusion and disconcertment. 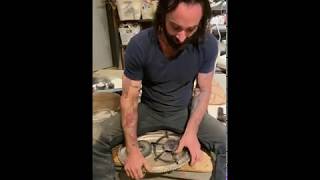