a mini-conference for gamedevs by gamedevs in Stockholm Sweden!

Stockholm boasts the highest concentration of game developers in Sweden, yet lacks One Event to Rule Them All and in the Game Creation Bind Them. the thing is a mini-conference that aims to bring all game developers in Stockholm together, to stand as a venue where you can meet other game developers and make friends and connections, to allow each and everyone of you to share your wisdom, stories and burdens, and much more. In order to support this inclusive space, we expect everyone who joins us to read and follow our Code of Conduct. the thing is friendly, cozy, relaxed and welcoming to any and every kindred soul who wants to make or already makes games in Stockholm!

We aim to celebrate the games we build in Stockholm with a full day of lectures and talks about how they are made. Art techniques, Design approaches, post-mortems, tips and tricks, and more will be the focus of our lectures and panels.

the thing is a one day mini-conference for the Stockholm GameDev community to share knowledge and have fun talking about the awesome games we make. We plan to:

We will have plenty of places at the conference space to grab a fika and reconnect with fellow gamedevs, as well as a breakfast for Women in Games before the whole thing starts. We will also finish the day with a party to celebrate our industry in style! No conference ticket required for the after-party. Just show up and be cool. 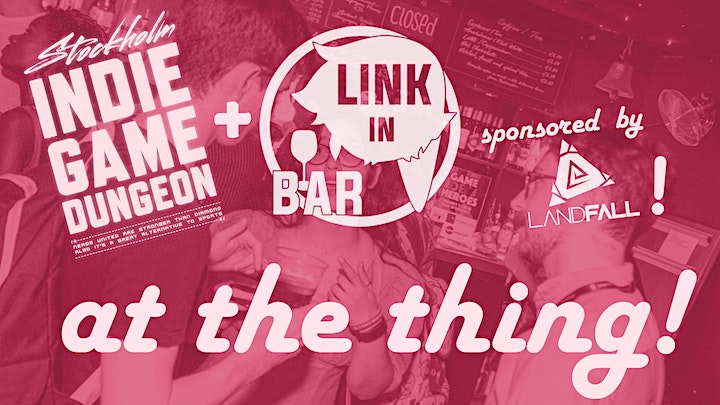 the thing will finish off the day with a Link in Bar (organized by Anna Jenelius) event sponsored by Landfall, which also is hosting the awesome Indie Game Dungeon (organized by Anton Albiin of Dataspelsbranschen) these events will be open to anyone, and you will not need a conference ticket to get in.

The people behind the thing

GameDev Force is the official organiser of the thing. This has been a long and strategic decision because we want to keep the thing neutral and welcoming to absolutely everyone. There are, however, a handful of wonderful people and generous companies helping GameDev Force to organise the thing, such as Valiant Game Studios and Landfall!

← Back to the previous page

Like the Audio Events Calendar? Please spread the word:

THE WORLD’S EASIEST WAY TO GET INDEPENDENT SOUND EFFECTS:
A Sound Effect gives you easy access to an absolutely huge sound effects catalog from a myriad of independent sound creators, all covered by one license agreement
– a few highlights: