Posted May 20, 2018 by Adriane Kuzminski in Sound community highlights


In this podcast roundup, we have new and familiar voices (and faces) to teach you about mixing, mastering, studios, reelcrafting, and life.

Episode outline: ‘If you had the chance to run your studio out of a fancy commercial facility designed by Bill Putnam, would you take it? Most of us would jump at the chance…but is this the right move?

Matt Boudreau was given this chance in 2007, and in this interview, you’ll hear how this quickly shifted from an opportunity of a lifetime, to one of the lowest points in his career.’

On stream, we check out a couple game audio websites/portfolios/etc. and critique in terms of Presentation, Material Selection, Content Quality, and Distinction.

Often when you apply for a job, you might never hear back, and you might never know why. Our goal with this segment is to provide some honest feedback, and to perhaps shed some light on how you might improve your chances of getting that response you’re looking for.’

Episode outline: ‘In this episode we gather some of the busiest and best dialog editors working in film and TV today. We talk to Jill Purdy, Claire Pochon, Fred Rosenberg and Michael Maroussas about their workflows, triumphs, pet peeves and lots more. Collectively these are the architects behind the dialog tracks on some of the greatest movies of the last 30+ years.’

In this episode, the guests answer commenter’s questions from all of our social media channels. Listen now and see if your question was answered! This year’s Dynamic Range Day Award-winner broke all the streaming records in it’s first week, debuted at Number 1 in the Billboard chart and… it was mastered on headphones.

In this episode we talk to Glenn Schick, the engineer who mastered KOD by J Cole about his decision to become a “mobile” mastering engineer, including:
* How (and why) he closed his analogue mastering studio to go mobile
* Why he thinks it actually helps him to get better results…
* And makes his job easier
* The type of headphones he uses, and why
* His mastering process for KOD, and
* The decision to master with more dynamics 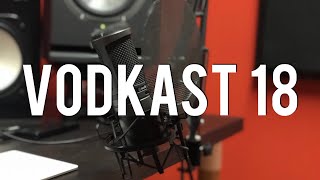 UNFAKE IT ’till you make it – Ep 172: Blake Donaubauer – Precision, Audio Gear, and Throwing Up

Episode outline: ‘This episode is all about sound in the entertainment industry. My guest, Mr. Blake Allyn Donaubauer (B.A.D) is a professional Audio Mixer for TV and Film with a lot of set experience and a huge musical background. He started as a Production Assistant in Los Angeles for some years, which allowed him to transition into a career of sound, establishing himself in New Orleans. We talk gear and we talk about how he stayed humble through the entry-level gigs while steadily climbing the ladder toward his passions.’ 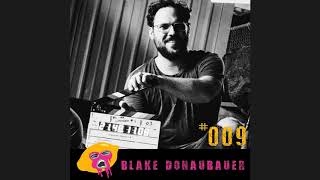